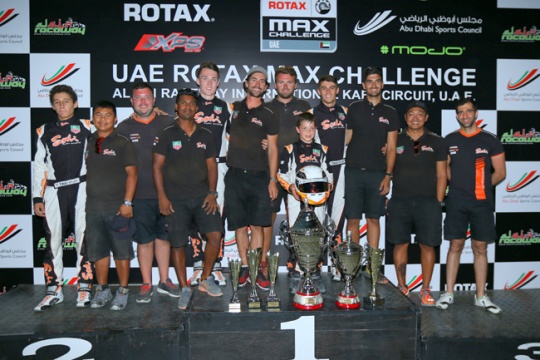 Press Release by: Sodi Kart
At the end of a tough and long UAE Rotax Max championship season the Sodi Racing Team (Middle East) not only clinched the DD2 title with Piers-Pakenham Walsh, but also scooped the Best Team Award of 2014-2015 in the series.
The accolade is a reward for a season in which the team established itself as one of the top flight outfits in the region, through hard work and determination and most importantly voted by the drivers and team personnel involved in the sport.
Sodi Racing Team Director Nicolas Fargeas reacted, "This is amazing, all the team is very grateful for this prestigious award. All the hard work has paid off twice this year with us being awarded the Best Presented Team at the Dubai O-Plate Championship earlier in the year, and this one where it is actually not a committee choice but a people vote and we would like to thank all the people involved in the championship for acknowledging our input and showing respect for what we are doing in this sport."
Fargeas explained, "We are working constantly on improving our structure, our knowledge and to make this team a big family. We have done a good job so far but we keep in mind that competition is strong and we need to keep pushing to sustain our reputation. The drivers are a big part of it, conveying our image, leading by example in the paddock."
The team is relatively new to the UAE karting scene but have an impressive racing pedigree on the international stage, while in Dubai they are headed former Karting world champion David Terrien whose experience in the field is vast.
When asked what made Sodi Racing Team stand-out in the paddock, Fargeas was quick to point out, "The people in the team is what makes it. From the mechanics, parents, drivers and management - everyone involved. We have been told that we are a 'Gentleman Team' which is a funny name but if this is what people see in us then perfect!"
"Also our sponsor TAG Heuer makes a difference, this brand is associated with the greatest success in motorsports, which goes a long way to helping with the image and credibility of our own team. It is also a brand of excellence which is what, we as a team, strive for not only when we are racing but also during testing and in everything we do," added Fargeas.
As Team Directory of any team the last question you want to hear is to pinpoint the highlights of the season, because invariably there are very many, nevertheless the Sodi Racing Team Director obliged, "Piers Pakenham-Walsh winning the DD2 championship; Patrick Hannah second position of the Senior Max championship; Khaled Rae Saab best novice in the field, ending the season with such an amazing improvement being fourth in the Micro Max championship;Taymour Kermashachi joining Sodi Racing Team and finishing first of the Junior Max Championship; Tehmur Chohan making a very good impression in Junior Max; Luke Varley and Taymour Kermashachi representing UAE at the Euro-Challenge; new young guns from the Sodi Academy to shine next season; Daman Speed Academy doing incredibly well with Sodi Chassis."
Fargeas was not finished as he insisted on naming individuals and organisations who all played a role in the team's success, "A special thank you to SodiKart Factory in France, David Terrien, Joao Gouveia, Suhale Ahmed, George Gibbons, Luke Varley, Sami Nilanka, Gerry Laplana, Joe Narciso, Robert Gibbons, Steve Pakhenam-Walsh, Jorge Clara, Nacho Girona, James Docherty, Jak Watson, Stephane Bombara, Nizam Jalaludeen, Roel Sales, Soren Cuasay, Steven Hardy, Jenna Harnett, The Sodi Racers, The Sodi Parents, Rami Azzam, Gina Capenhurst, Guy Sheffield, the Al Ain Raceway Staff, Tony Kekati, Martin Bean, Robert Cregan, Khaled Al Qubaisi, Rami Joudi, Kolia Neveux, Fallone Locquen, the Abu Dhabi Sports Council, Abu Dhabi Racing, Daman, Richard Birch, Ryan Trutch, David Bright, the Dubai Kartdrome staff, Suleiman Al Rawahi and the Muscat Speedway Staff, our fans and social media followers...."
And added, "On the other side there is a special mention and thank you to the organisers: the ATC UAE, Al Ain Raceway staff and the championship officials who have done an amazing job, before being the best team we need people to take care of a championship and they did very well. The series is in good hands going forward."
Looking back on the 18 months since they broke onto the UAE scene, Fargeas reflected, "We started in December 2013 with a name, some chassis, and a few drivers who are still driving with us by the way. Where we are now is only because of their hard work, their trust and their support. We just follow the vibe and do our best, being rewarded for that was not an expectation but a bonus that caps a succesful and enjoyable racing season."
"The team will keep on growing but we will make sure that quality is the priority and family atmosphere in the team our main value associated with performance. Going forward we have a lot of exciting plans but we keep them secret for now..." concluded Fargeas with a wink and a smile when asked about future plans for Sodi Racing Team Middle East. 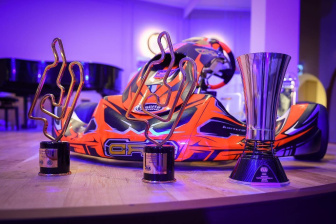 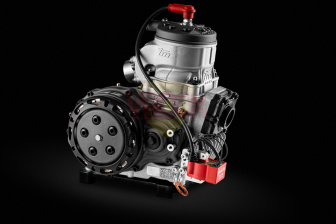 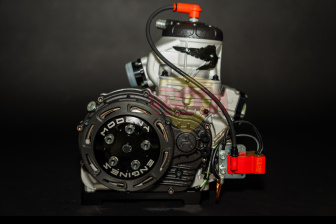 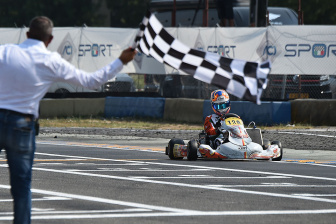